What Are the Best Horror Games to Play Right Now? 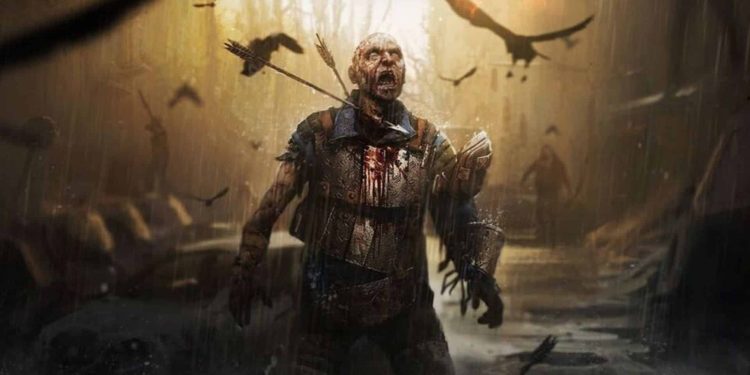 The best horror games encompass the entire spectrum of what it means to be scared. From dread to terror, tension to jump scares, this film has it all. There can be monsters or, worse, a disturbing lack of monsters. You may analyze the significance of things, or you can just look at a pile of dead bodies and giggle at the gore. Whatever you come across in these games, it might be pleasurable, scary fun, contemplative metaphor, or all of the above.

This list of the best horror games spans a wide range of games from various eras and platforms. There are some old classics worth hunting out, as well as some newer material, but whatever is here is nearly certain to be a must-see for any self-respecting horror enthusiast. So dim the lights, wait till midnight, and get ready to be horrified by the best horror games available right now.

Mundaun is a particularly eerie little game with a strange hand-drawn tale reminiscent of The Lighthouse and Midsommar. The black and white first-person horrors depict you revisiting your Swiss village following your grandfather’s death and unearthing [spooky voice] an ancient family curse. The Swiss, 1920s-ish setting and mythology, combined with the scratchy penciled art, create an otherworldly atmosphere that gives the entire thing a foreign movie vibe that you generally only see in Japanese horror games. It’s a little clumsy in spots, with a few ambiguous puzzles and aims, but it’s worth persevering if you want to experience a horror game built on a distinct cultural background.

While Resident Evil Village clearly captivated the public interest, Lady Dimitrescu in particular, it is far from the best installment in the series’ history. However, there are some powerful moments. Especially in the first few hours, when Castle Dimitrescu provides some fantastic Gothic monster threats and characters. House Beneviento, on the other hand, is responsible for this game’s immortality. It’s a very creepy, gratifying escape room beat that culminates in one of the best surprises in the series’ history. It’s a watershed moment for the game, the series, and the genre as a whole. The remainder of the game is nice, but it leans heavily on action and shooting, diminishing the scares via repetition and culminating in a very low-brow shooty bang charge to triumph. It’s always entertaining, and the variety ensures that you get a taste of everything.

Alan Wake isn’t your typical horror game. It doesn’t rely on gore or jump scares – in fact, it’s not all that frightening. However, it is feeling of place and character is unparalleled. Bright Falls, a Twin Peaks-inspired mountain town with a deadly secret, is that location. The dulcet tones of the night DJ rambling across the airwaves, combined with the little vignettes you can catch on TV, give this town a sense of life as if it were a character in its own right. Its tale unfolds like a riveting television miniseries, right down to the episodic framework that bookends each plot twist and reveals.

Alan Wake separates itself further by, well, being a lot of fun to play. Maybe that sounds harsh, but from a pure gameplay standpoint, you’d be hard-pressed to find a more fun horror game than Alan Wake. Remedy is known for its action as well as its storytelling, and that comes into play here, as easy, fluid controls eliminate the stilted awkwardness that is typical of this genre. Taking on a horde of foes is difficult for all the right reasons: the fights are well-crafted, and the pistol-plus-flashlight fighting combo is enjoyable to use without making you feel invincible.

While Morgan Yu’s journey across a space station may not provide the breathless dread that Dead Space does, the Mooncrash DLC, in particular, demonstrated Prey’s horror potential. When the focus shifts from you defending yourself to saving others, a fairly straightforward alien shooter can become much more unnerving, and the element of randomization in Mooncrash does a lot to keep you on your toes. But even basic Prey has a creepy vibe to it. Prey, like other Arkane games, provides you a certain freedom of approach in addition to being a superb game with numerous secret nooks and crannies to find. Many stories in its environment tell of horrible accidents, people fleeing, or alien encounters. If you’re looking for a bit more action but still enjoy fantastic environmental storytelling, this is another game you shouldn’t overlook.

In a good manner, there’s something seriously wrong with Little Nightmare 2. The sequel essentially doubles down on the first eerie children’s narrative universe, but somehow amps up the ugliness to remarkable heights. As you investigate, the strangeness just seeps under your skin. From scary juddering mannequins to faceless, lost humans – faces seemingly worn away by the TV static they’ll die to stare at – there’s little in this game that won’t make you feel uneasy. It can be irritating at times because the controls never quite live up to the expectations, and there are a few trial and error encounters to navigate. But if you continue with it, you’ll undoubtedly have one of the most traumatic games on this list.

Teen slashers have been around for nearly four decades, but with the exception of the terrible Friday the 13th on the NES, games haven’t been daring enough to step into that realm. That is, until now. Until Dawn (zing), a 2015 survival-horror game about a group of rambunctious teenagers who go on vacation to a lonely mountain cottage, only to discover that some horrible thing is out on annihilating them. But it’s not all fun and games: if you don’t understand Until Dawn’s horror movie logic, the characters will die horrifying deaths, and the game will take any opportunity to terrify the bejesus out of you.

While many games on our list are here just for their terror factor, Until Dawn deserves a spot for more meta reasons as well: it’s willfully, soulfully immersed in horror heritage, and it exploits those tropes masterfully. It’s full of nods to the slasher genre, and even if you anticipate the ludicrous twists coming a mile away, you’ll still enjoy them. You’ll chuckle as much as you scream, if not more, and few horror games capture that sense of gruesome joy as well as this one.

From Software’s Dark Souls games, of which this is a clear descendant, do not play like horror standards. They’re action RPGs based on stat micromanagement and dexterity. Despite this, they feel scarier than other games based on fear – worry, dread, and jumps are as common as loot and leveling.

The best of the bunch is Bloodborne, a huge, complex tale of eldritch horror set in a warped nightmare picture of Victorian Europe. Traveling down cobblestone streets surrounded by gloomy spires, you’ll hear quiet whispers behind tightly closed doors, wondering who you are and what “The Hunt” you appear to be on could be. It’s the best Lovecraftian horror in gaming, and you’ll be as eager to find its mysteries as you are to master its deadly combat systems.